There's no German translation of this page yet, so the English version is shown.
Hint:
New help version
The help version you selected belongs to an older software version. You may want to view the latest help version.
Version 1.5 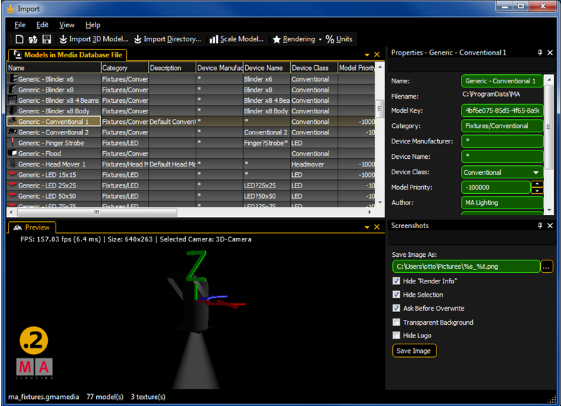 The imported model can be viewed in the 'Model Test Area’ window that can be operated similar to the 3D 'Stage View’. Properties like 'Name’; 'Category’ etc. can be edited. After that the model can be stored in the media database and is ready to be used in dot 2 3D.